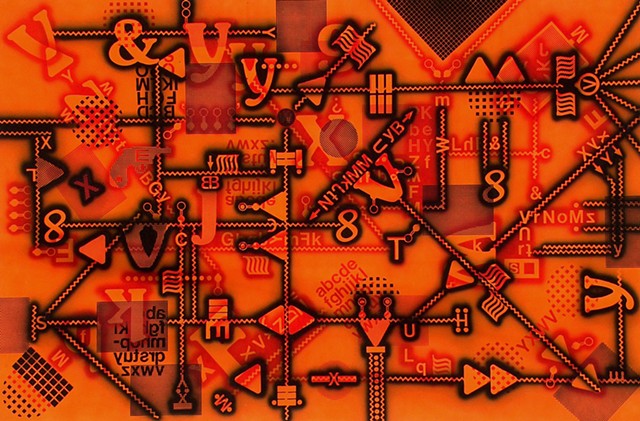 Here we see the suggestion that there is an evolutionary change in the structure of modern language. Letters are arranged and transposed in elaborate electronic mechanisms which overlay the purely alphabetic arrangement beneath. These two distinct levels imply a relation to the traditional language of everyday world and the vivid super-reality of the media world. A Series of Events maps the expansion of the electronic language of television and the manner in which it selectively transposes elements of everyday language into the media as news and on documentary film. While it is made clear that from the subjective perspective of the viewer that it is the super-electric language of the media that is perceived first, the language of everyday events is made interesting only by this translation into electronic images.