I've always had a fascination seeing photos of other artist's studios and the surroundings that inspired the artworks....

Over the past forty years, I've had twelve studios in four cities: Toronto, Winnipeg, Vancouver and Nanaimo, BC. These photographs are from three of the studios.

The found objects seen in the studio photographs are injection or vacuum formed plastic mouldings. They originally might have been technological components, toys, kitchen gadgets, etc. - virtually any shape that can be temporarily attached to the canvas surface and used as a stencil, while colour is applied with a spray gun. 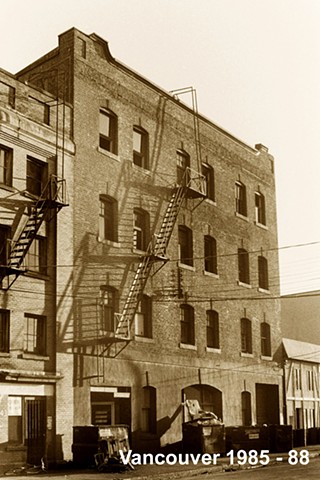 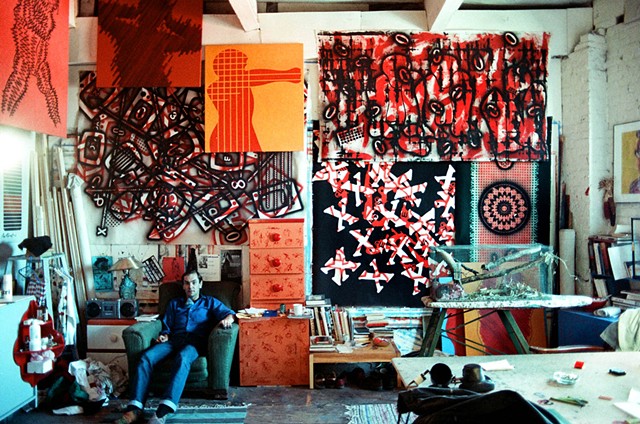 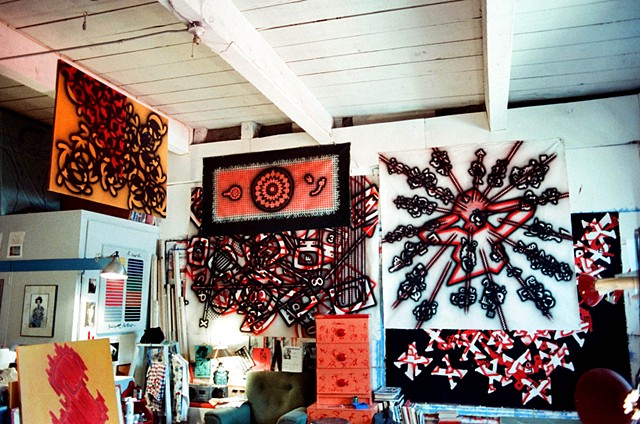 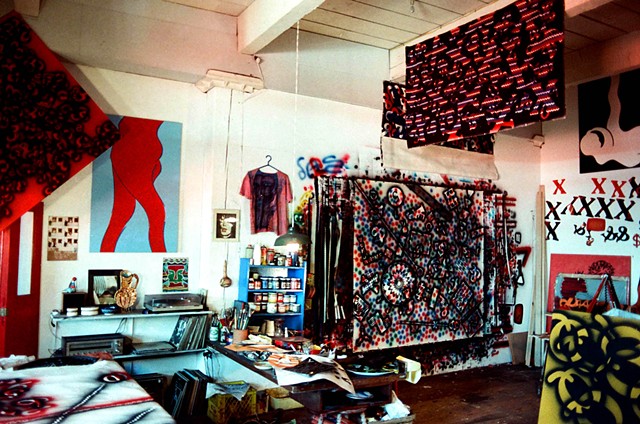 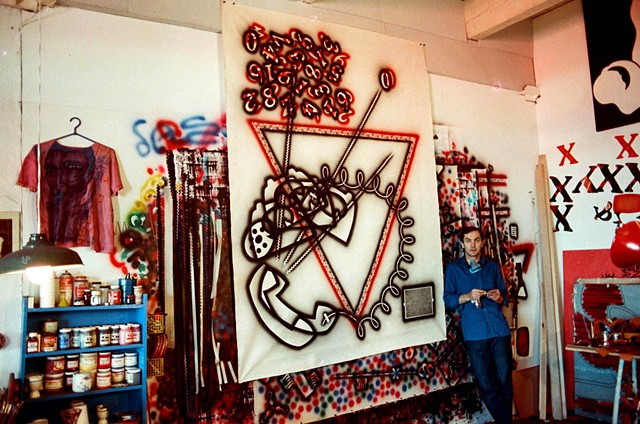 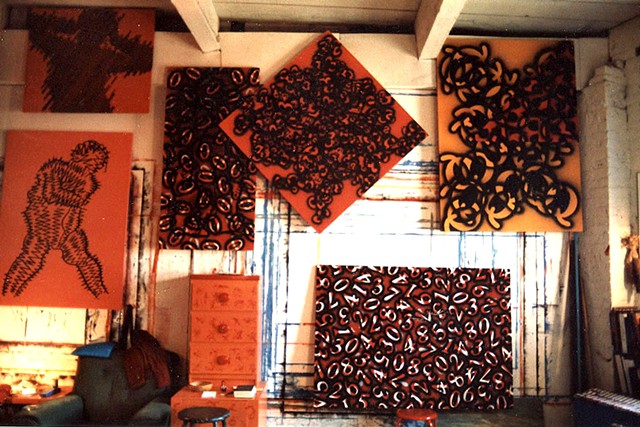 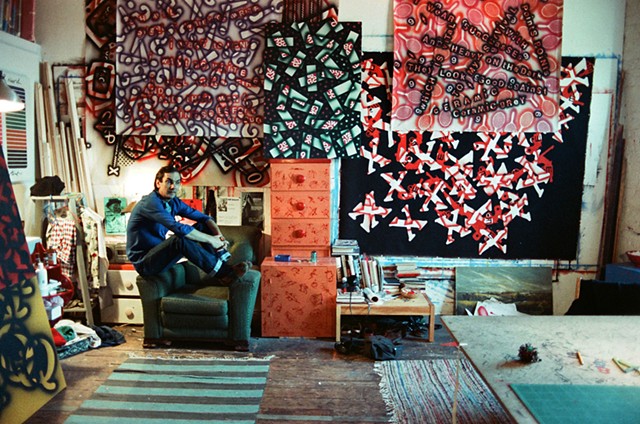 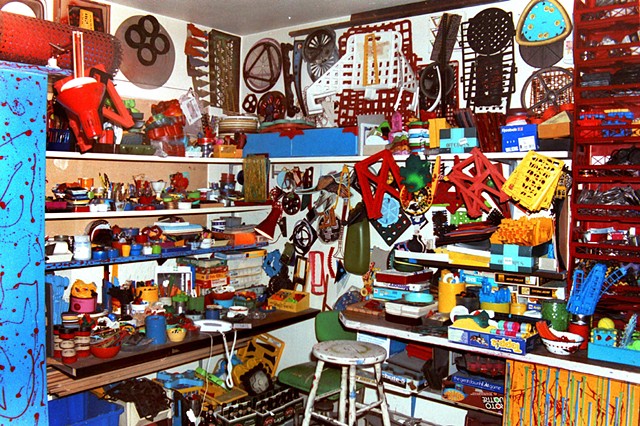 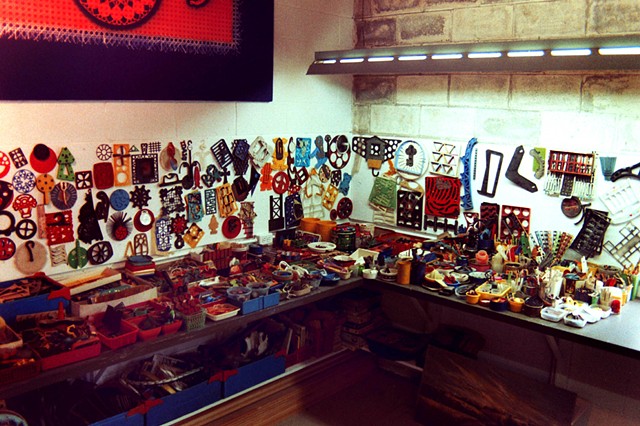 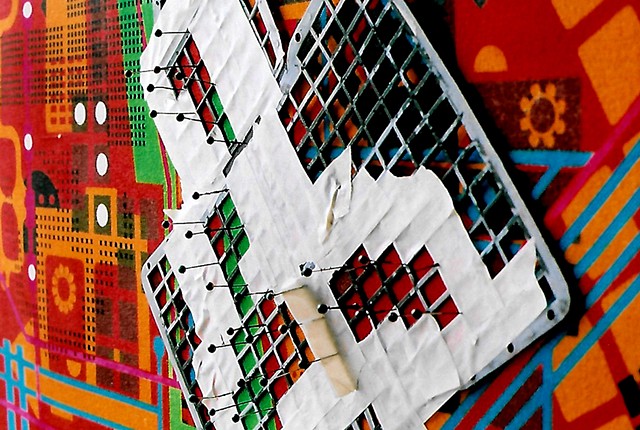 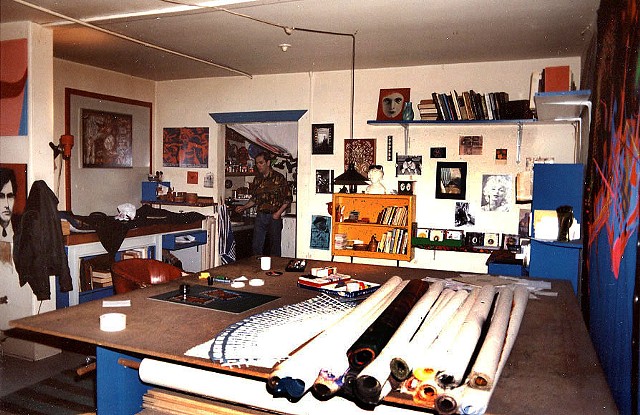 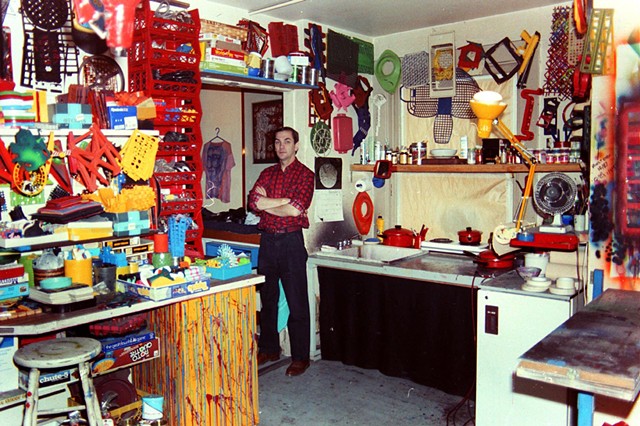 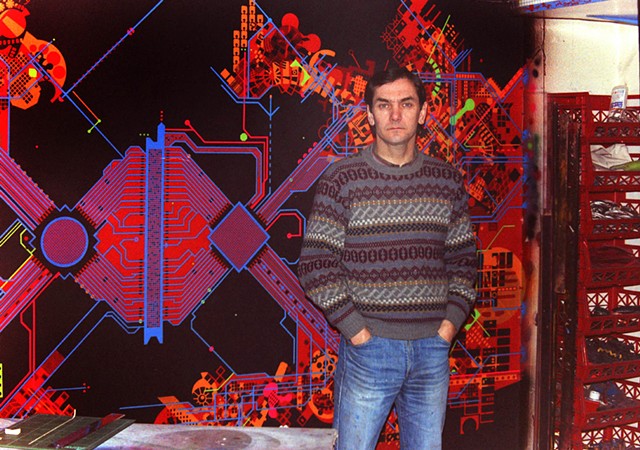 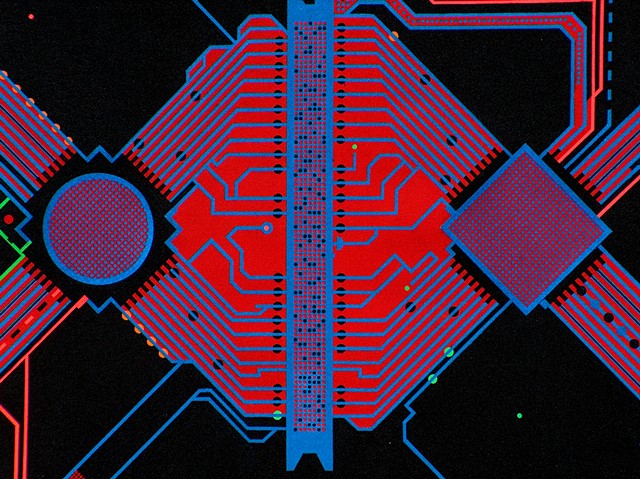 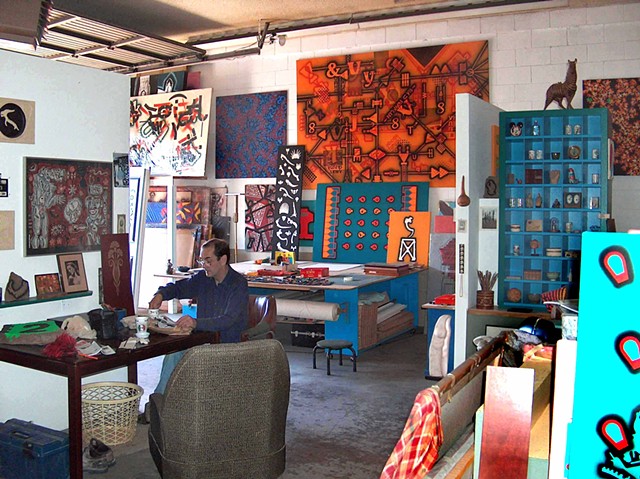 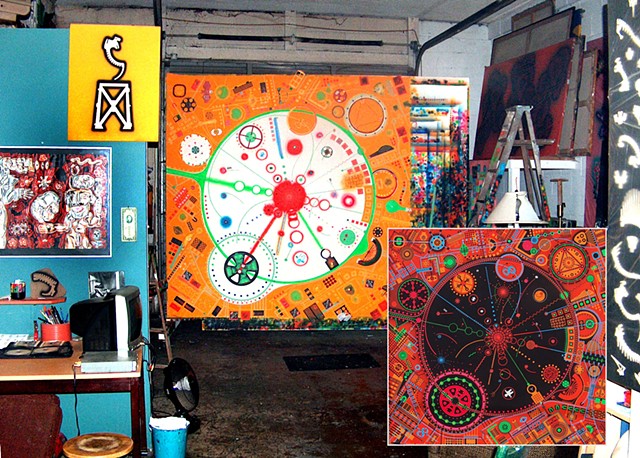 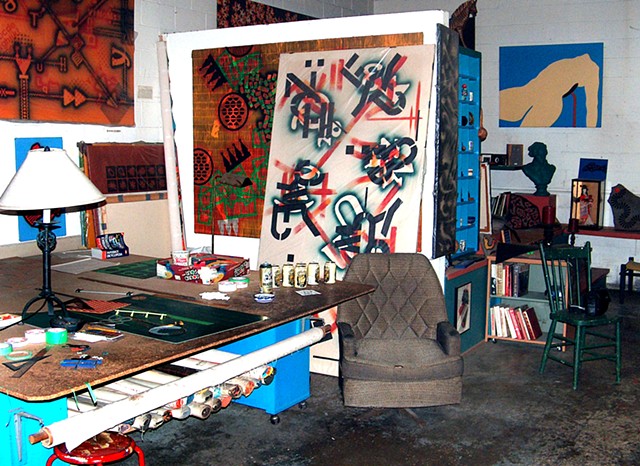 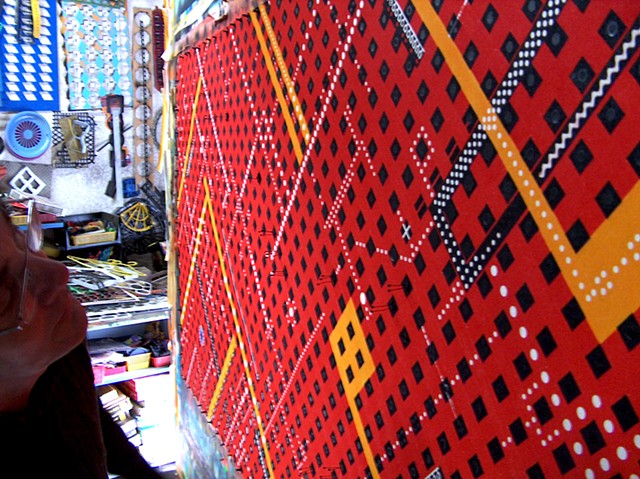 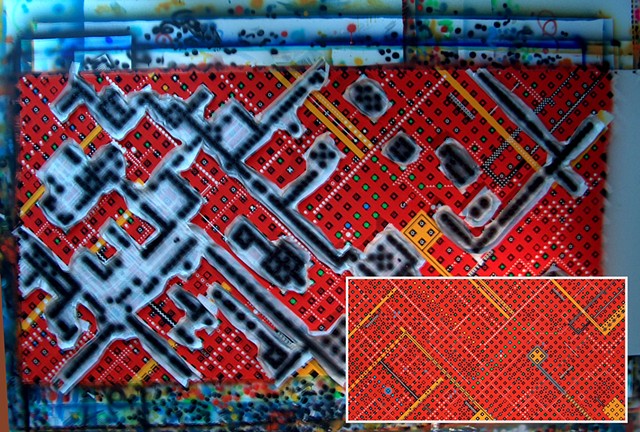 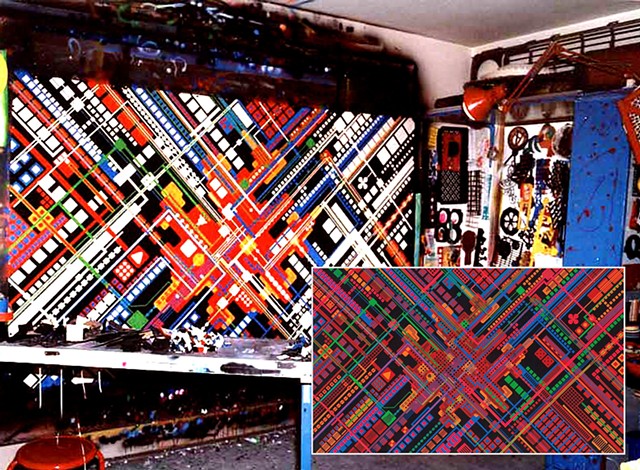 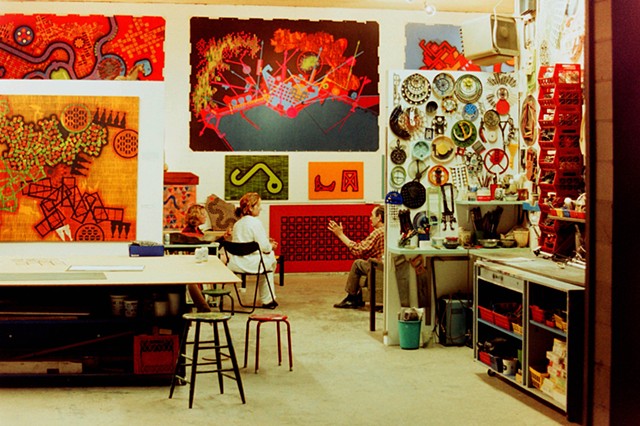 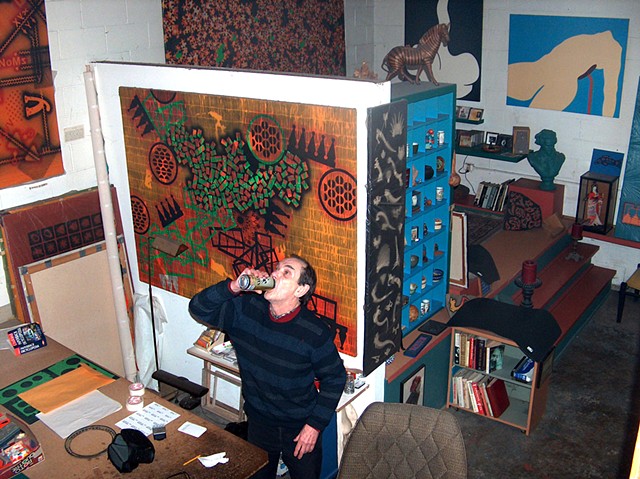 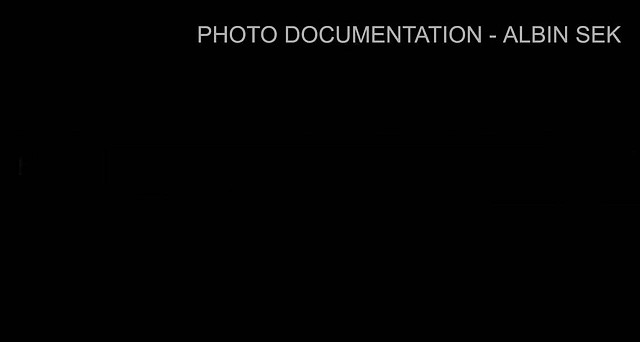