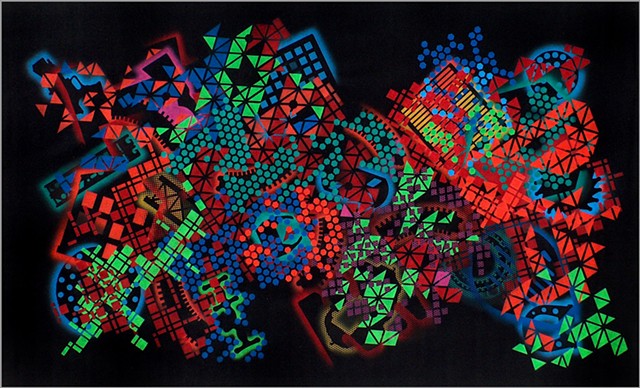 Neon City, with all its fluorescent range, could refer to visual pollution, but also to advertising overkill, as in Tokyo's fabled Ginza district, where sheer proliferation of neon configurations tend to cancel each other out - resulting in an immense Christmas tree swarm of coloured light. Neon City could as well be a machine, a moving kaleidoscopic melange of blue, red, chrome yellow and red-orange cogs, rods, grids and wheels, gliding in stygian darkness. There is something actually ebullient about it - like a wondrous toy. Yet this structure is composed of many of the same elements as Surveillance.