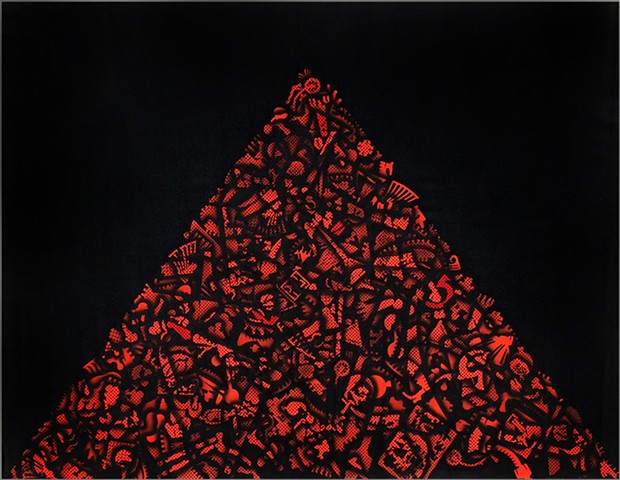 The accumulated mountain of mechanically produced forms produces a curious metaphoric density to this pyramid of discard. The forms suggest both fossilized remains of primeval creatures as well as the plastic garbage of our urban landfills. When we consider that our plastic consumer products are made from the distilled and refined petrochemical remains of primeval organisms, we can see these plastic products as a kind of instant fossil. We see an imagery which extends into the past as it makes its tentative look into the future. If we look at these forms again, as symbols and language, we can see the mountain of garbage as both the pyramid tomb of modernism and as the industrialized volcano of media which reaches down into the organic history of culture to regurgitate the processed immutable signs and symbols of consumer science.